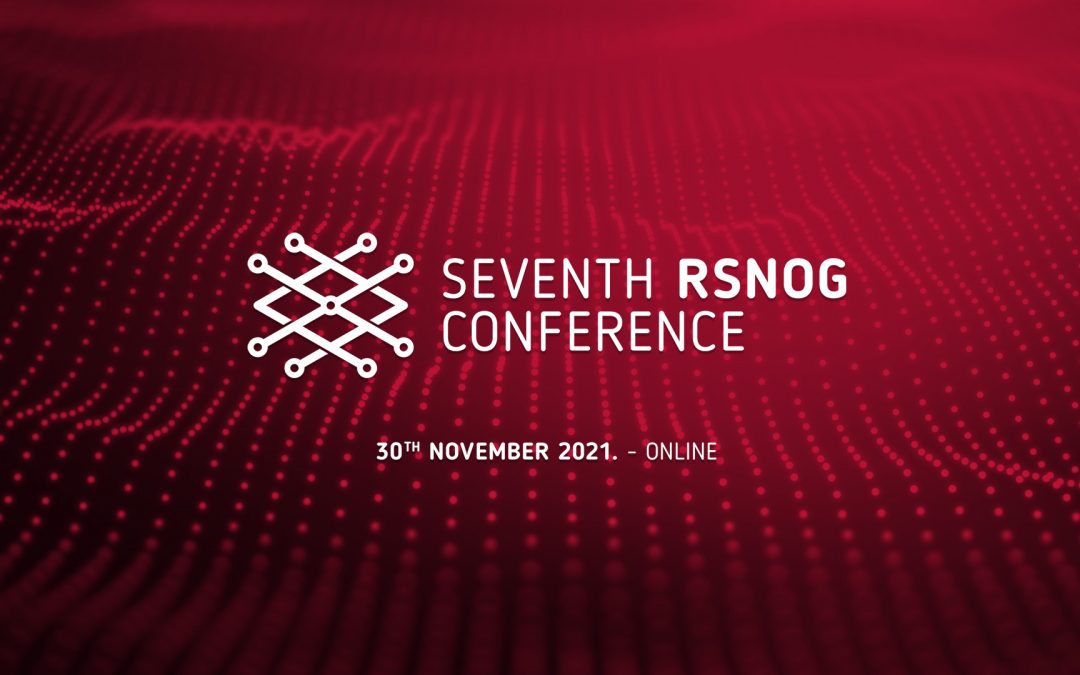 As in previous years, the seventh RSNOG Conference brought together a great number of local and foreign experts, albeit online. Via the stream, the audience had a chance to hear numerous talks on making the Internet services we use every day – and the Internet as a whole – as reliable, fast and secure as possible. The conference was organised by the Serbian Network Operators Group (RSNOG) with the support of the Serbian National Internet Domain Name Registry Foundation (RNIDS).

The conference was opened by Dejan Đukić, Director of the RNIDS Foundation, who said that there were plans to offer new programmes to the community that comes together under the RSNOG umbrella, and to improve capacities for exchange and communication. He said that there were numerous online conferences being organised in the current circumstances but that regardless of the industry they were targeted towards and the content they were offering, quality speakers and topics were key to drawing in and retaining audiences.

Mihailo Jovanović, Director of the Serbian government Office for IT and eGovernance noted that the public was getting quickly and easily accustomed to electronic services and online communication, as evidenced by the increase in the number of users of the various services offered by the eGovernment portal, from enrolling children in kindergarten to downloading Digital COVID Certificates. On the other hand, users are also coming to expect very quick responses from the services they use.

Fast failover – design, detection, evaluation and mitigation, this was the topic of a series of talks during the first part of the conference, the audience first hearing Ivan Pepelnjak from the company ipSpace who talked about network-level fast failover. Following that came a talk from Žarko Kecić, RNIDS Chief Technical Officer, who talked about DNS failover and DNS rerouting in the event of a failure. He explained that DNS failover enables websites and other services to remain accessible in the event of a system or network problem. Speaking from the perspective of RNIDS he noted that RNIDS had a network of servers distributed globally – 400 instances which responded to requests for .СРБ and .RS domains. He explained that RNIDS used an active-active architecture which operated with the help of load balancers and redundant systems, thus providing a very high quality of service and 100% uptime. The audience also heard from Nenad Krajnović from the company SOX, who talked about their experiences with fast failover, and then a talk titled Death of the Peering Manager, by Remco Van Mook of RIPE NCC/Asteroid International.

The second themed section of the conference was given over to discussion of measurements that contribute to the security, stability and speed of the Internet. Nina Hjorth Bargisen, from the company Kentik, talked about Network Observability, while Kevin Meynell from the Internet Society talked about the MANRS update. Jelena Ćosić, RIPE NCC, talked about network for measuring Internet connections and uptime – the RIPE Atlas. Zoran Perović from SOX explained in his talk how measurement platforms worked in Serbia.

A recording of the conference is available here: RNIDS Youtube